A fire broke out in the Kuleli Köşk forest area in Istanbul Heybeliada at noon for an unknown reason.

Upon notification of the situation, the island fire department, which attended the scene, began responding to the blaze.

The General Directorate of Forests sent 4 planes, 5 helicopters and 5 water sprinklers to the fire area. Firefighters from Kartal and Maltepe were also directed to the island.

As crews responded to the blaze from land and air, islanders went to great lengths to keep the flames from growing with the water they filled in plastic bottles of five. liters.

EXPLANATION OF THE MAYOR OF ADALAR GÜL

The mayor of the islands, Erdem Gül, said the fire tends to develop with the effect of the wind and the southwest, and said that the fire came from the air and from the ground, and that the organizations volunteers and the public supported the work.

Stating that the forest and the settlements are almost intertwined in Heybeliada, there is always a risk, Gul said: “If the time is too long, there is a risk of threatening the settlements. If we can turn it off in no time, there won’t be any fear. If nothing extraordinary happens, we think we can be extinguished after a while, narrow We will try to extinguish it by staying in the area, ”he said. 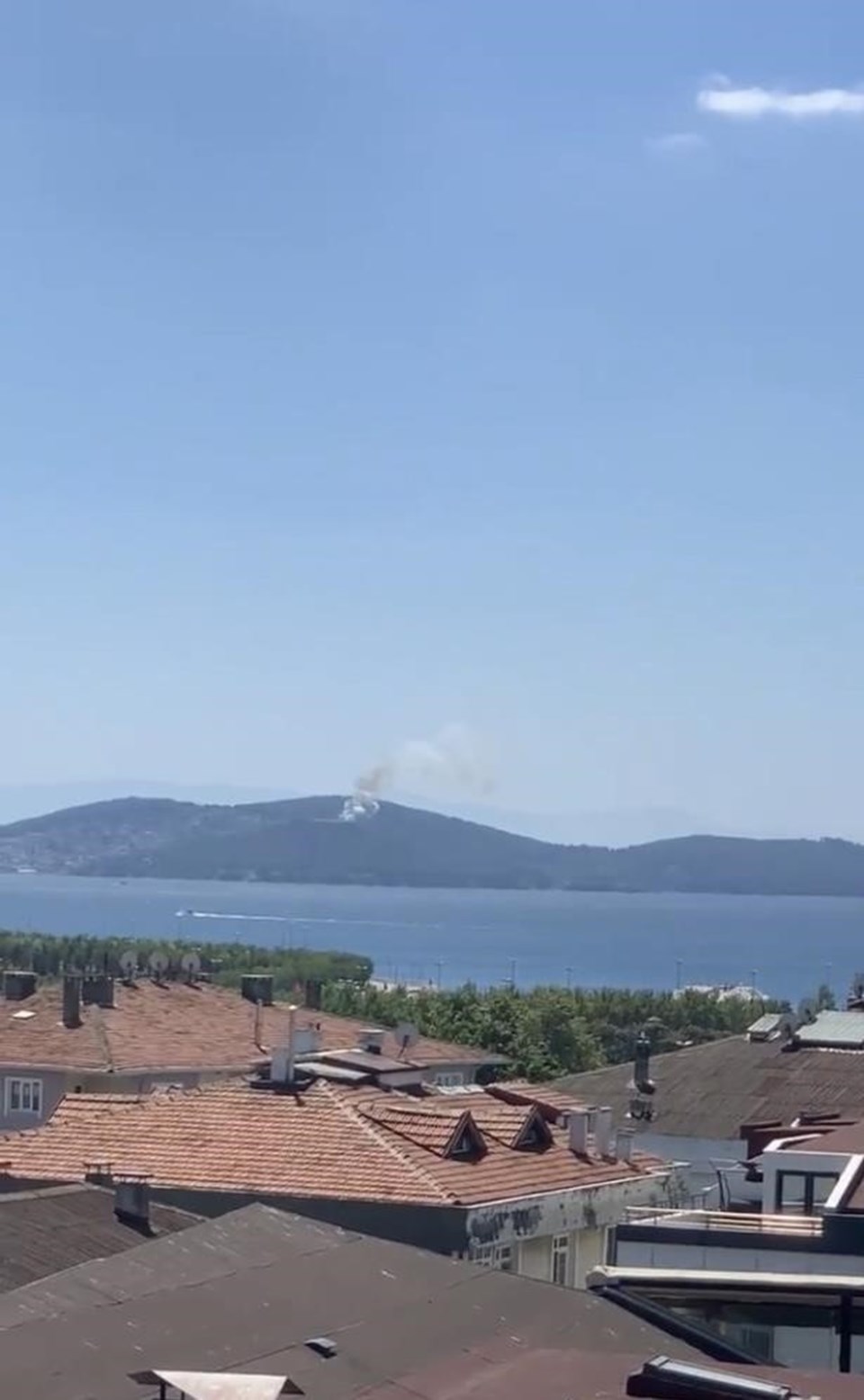 Stating that the fire is near the Hüseyin Rahmi Gürpınar Museum, but that there is no possibility that it will spread to the museum at this point, Gül noted that no one was injured or affected by the fire, and that there was no disruption to ferry services. .

The Istanbul governor’s office said an investigation had been opened into the cause of the fire.

The statement from the governor’s office is as follows:

” By our teams; Extinguishing work continues with 3 firefighters, 2 water sprinklers, 1 TOMA from the ground and 3 firefighting helicopters from the air. 2 helicopters dispatched from Balıkesir and Bursa, and 4 planes and 2 fire fighting vehicles dispatched from Izmir, Muğla and Antalya are en route to the island. An investigation has been opened into the cause of the fire. “

evacuation to those in the fire zone

The Coastal Security Directorate General dispatched the KEGM-3 boat to the area after a forest fire was reported in Heybeliada. KEGM-3 evacuated the citizens of the region.

The emergency response vessel Nene Hatun and the KEGM-5 and KEGM-6 boats were also transferred to the area.

Meanwhile, the Turkish Red Crescent announced that students from Heybeliada youth camp had been evacuated and taken to the safe zone. The Red Crescent said it supported the extinction efforts with camp staff. 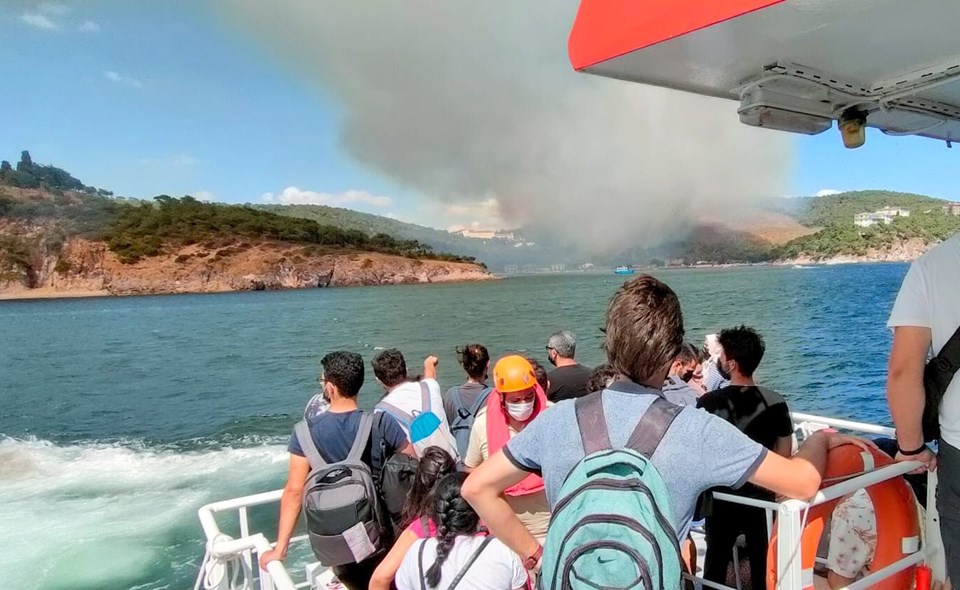 Ekrem İmamoğlu, mayor of Istanbul Metropolitan Municipality (IMM), said they were trying to control the blaze.

İmamoğlu made the following statements in his social media statement:

“The fire in Heybeliada is taken care of by all our firefighters in the region. We are trying to control the fire before it spreads in coordination with the Regional Forestry Directorate. We will share the developments. Our firefighters from Kartal, Maltepe, Büyükada with 36 personnel and 10 vehicles, the General Directorate of Forests 1 “It intervenes with a helicopter and 2 sprinklers, 2 helicopters and 1 plane navigate towards the fire zone. Reinforcement teams are quickly dispatched to the fire zone.

TWO FIRE FIGHTERS ARE ASSISTED IN THE HOSPITAL

A HUMAN CHAIN ​​IS CREATED: PEOPLE ON THE ISLAND CARRY WATER WITH PET BOTTLES (VIDEO)