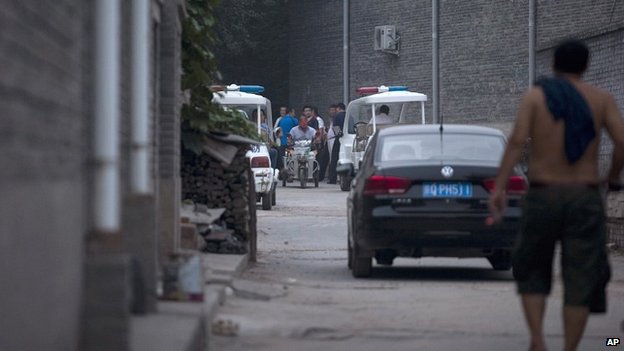 The authorities in China have shut down the 11th Beijing Independent Film Festival on its opening day.

Organisers said they had been under pressure from officials in recent days to cancel the festival, which had been due to run until the end of the month.

An attempt to move the venue from a suburb was blocked by local police.

It has been a rare opportunity for independent Chinese film makers to show their work, but is regarded with suspicion by the government.

The annual festival has suffered disruption in the past, including having its electricity supply cut.

The organisers said they had received a series of warnings from officials to cancel the festival – one report said they complied after being briefly detained on Friday.

Security was tight at the venue in the Beijing suburb of Songzhuang, with about two dozen men blocking the area and preventing around 30 film directors and members of the public from entering, the Associated Press (AP) news agency reports.

The men, claiming to be villagers, tried to stop anyone from photographing or filming the scene, AP says.

The Chinese government keeps a tight control on information and the media – and is suspicious of independent films that could contain criticism of the Communist party and its policies, says BBC World Service Asia analyst Charles Scanlon.

President Xi Jinping has stepped up repression of government critics since coming to office, our correspondent says, with the arrest of hundreds of bloggers.