Skip to content
HomeTHE VİEWDeclaration of Masjid al-Aqsa of Palestine: appeal for help to the Islamic world

Under Israeli occupation East Jerusalemmorning prayer in Mescid-i AksaThousands of Palestinians were attacked by Israeli forces while on guard to prevent the raid by fanatical Jews.

Thousands of Palestinians, who offered their morning prayers at Masjid-i Aqsa, staged a protest by bringing takbirs to the courtyard of the Masjid al-Aqsa after the prayer.

The Palestinian Red Crescent, for its part, announced that hundreds of people were injured in the Israeli police intervention against Palestinians in the Masjid al-Aqsa.

During Israeli police attacks in Masjid al-Aqsa, the number of people injured rose to 215, some seriously.

Sheikh Ömer El-Kisvani, the director of the Masjid-i Aqsa Foundation, appealed for help to the Islamic world through the loudspeakers of the Harem-i Sharif. 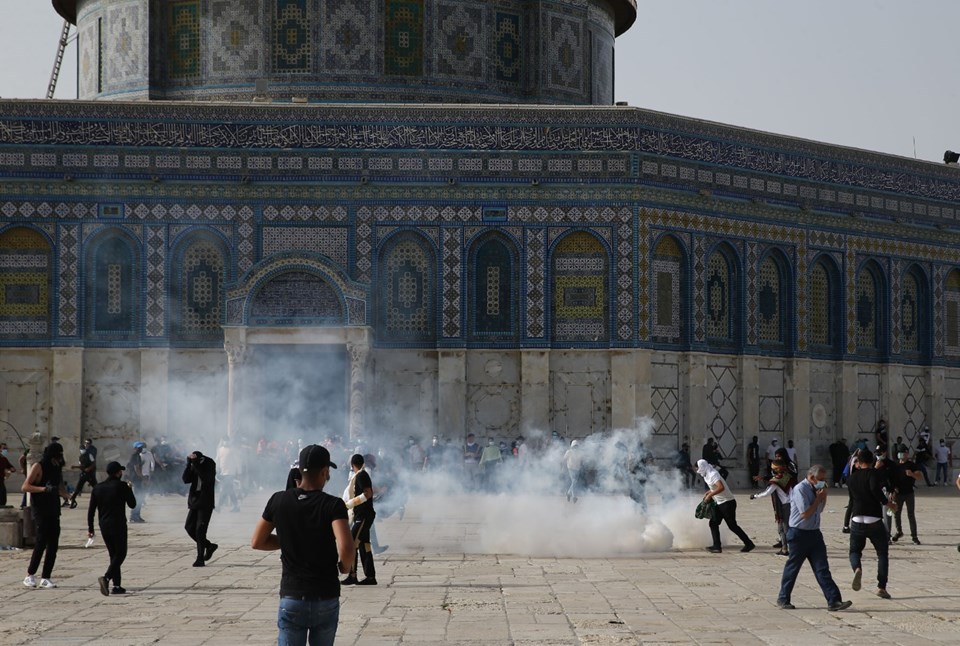 Presidential spokesman İbrahim Kalın made a statement on the official Twitter speech regarding the Jewish raid on Al-Aqsa Mosque.

Spokesman Kalın said: “The violence inflicted by the Israeli occupation forces against the civilian and vulnerable Palestinian people in Jerusalem must end immediately” and said: “Our initiatives are continuing at all levels by order of our president. “.

“The Israeli authorities are responsible for all kinds of attacks, violence and incidents against Palestinians,” İbrahim Kalın said.

AK Party spokesman Ömer Çelik said: “Israeli violence against Palestinians in and around Masjid al-Aqsa continues to increase. Besides Masjid-i Aqsa, fanatics are preparing for occupation. This is cruelty and reckless law. The world must say stop. ” 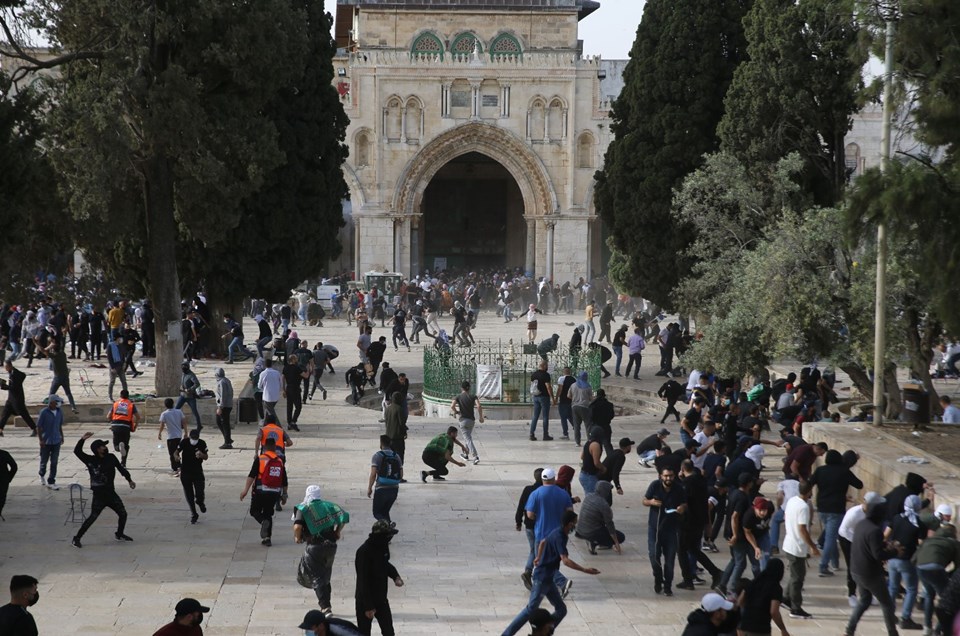 Presidential Communications Director Fahrettin Altun said: “We call on the Islamic world: it is time to stop Israel’s cruel and cruel attacks.”

Altun said: “We call on all of humanity: this is the time to declare the terms of the terrorist state” and said: “It is our historical and humanitarian responsibility. We will fight against this system of tyranny even if we are left alone. “

After the protest, Palestinians began guarding the Masjid al-Aqsa in order to prevent the raid by fanatical Jews.

Later, the Israeli police, who attacked the Al-Aqsa Mosque, intervened with the Palestinians with tear gas, plastic bullets and stun grenades. 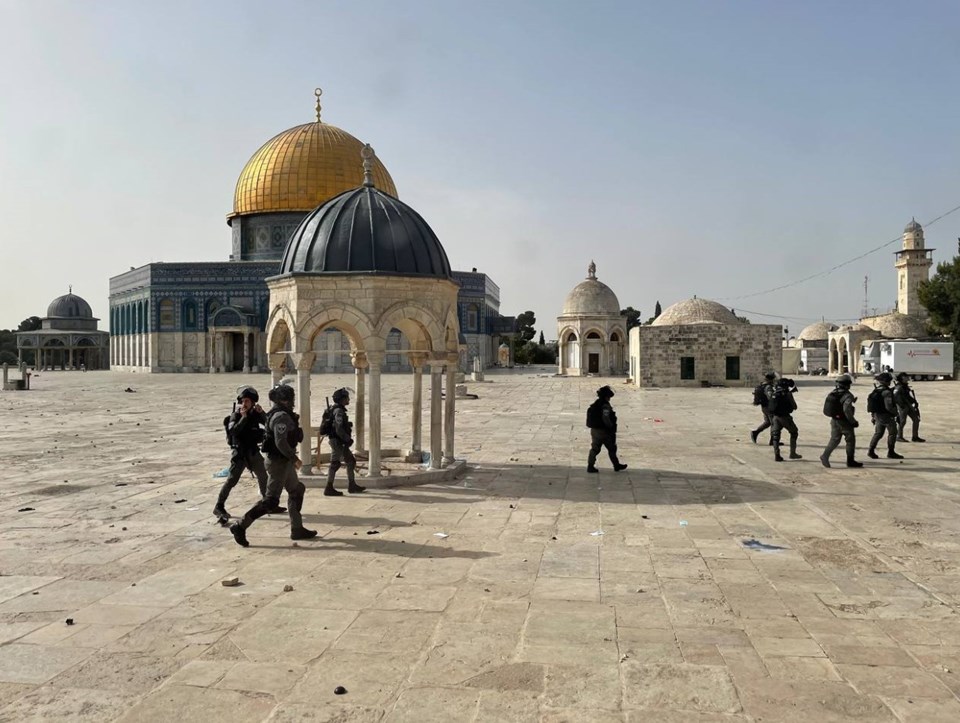 The Palestinian Red Crescent said three injured people had been transferred to hospital and some of its workers were prevented from entering Masjid al-Aqsa.

During the quarrel with the occupying forces, 10 Palestinian citizens were injured, 3 of them were hospitalized.

Fanatical Jews celebrate the anniversary of the Six Day War of 1967, when Israel invaded East Jerusalem, as “Jerusalem Day” according to the Hebrew calendar.

Fanatical Jewish organizations raided the Masjid al-Aqsa for “Jerusalem Day” which coincided with May 9-10 of this year.

Expressing deep concern at the ongoing violence in occupied East Jerusalem and the possible evacuation of Palestinian families from Sheikh Cerrah and Silvan neighborhoods, United Nations Secretary-General Antonio Guterres called on Israel to stop the destruction and evacuations in accordance with international humanitarian and human arrangements. rights law.

Guterres, through his spokesperson Stéphane Dujarric, stressed that the Israeli authorities should respect the right to peaceful assembly and exercise the utmost restraint.

Stating that all leaders have a responsibility to stand up to extremists and all kinds of violence, Guterres said the status quo of their sacred areas should be preserved.

Occupied East Jerusalem is experiencing tense days due to the threat of forced migration to Palestinians living in the Sheikh Cerrah neighborhood. The attacks by the Israeli police in the Masjid al-Aqsa also increase the tension in the holy city.

During tarawih prayers on the evening of May 7, Israeli police intervened in the Masjid al-Aqsa congregation with sound bombs and rubber bullets.