14 people lost their lives as a result of the overturning of a passenger bus traveling in the direction of Balıkesir-Edremit. Balikesir Governorate announced the news.

The statement made by Governor Balikesir on Twitter reads as follows:

Our 112 emergency response teams and traffic units arrived at the scene of the accident in a very short time and ensured that all of our injured citizens were transferred to 5 different hospitals in Balıkesir and their treatment continued. continues.

The accident investigation is continuing. 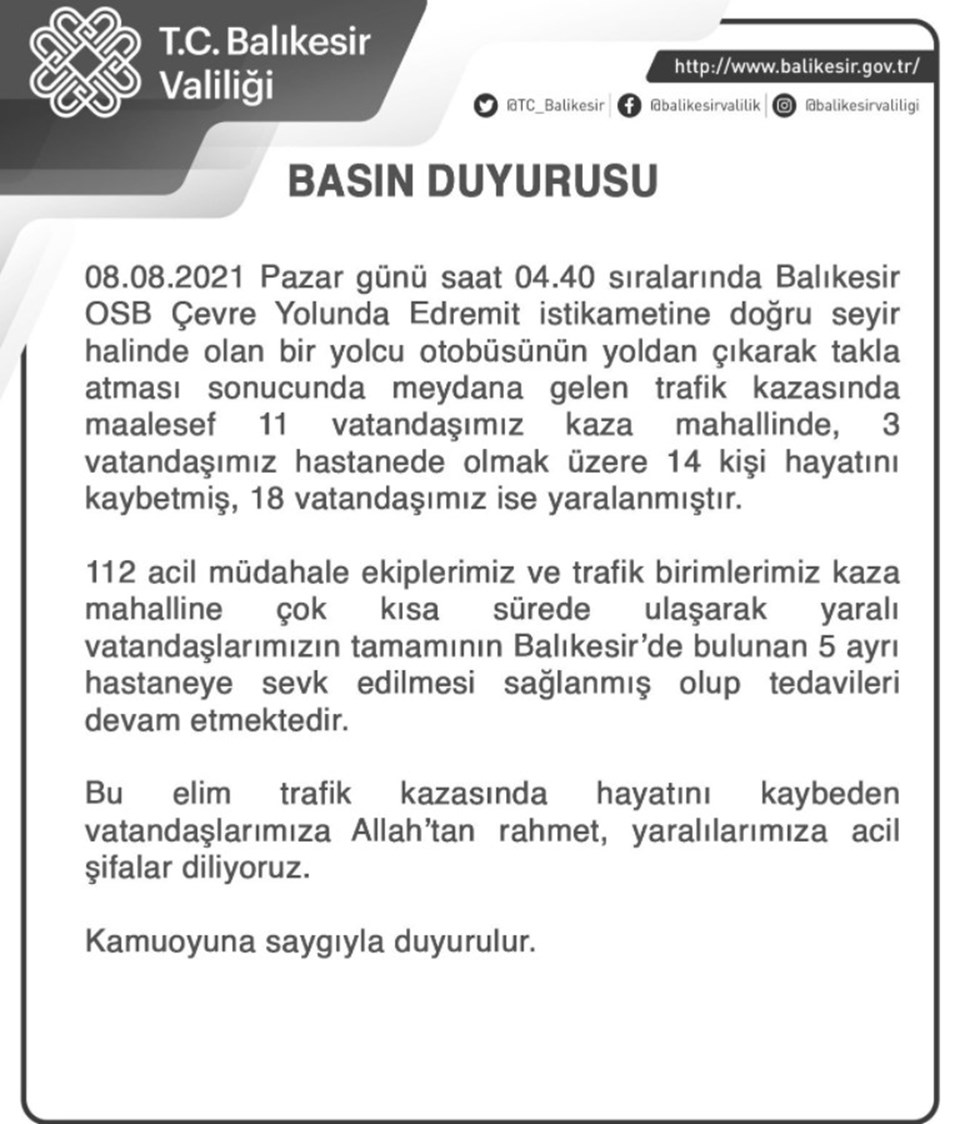