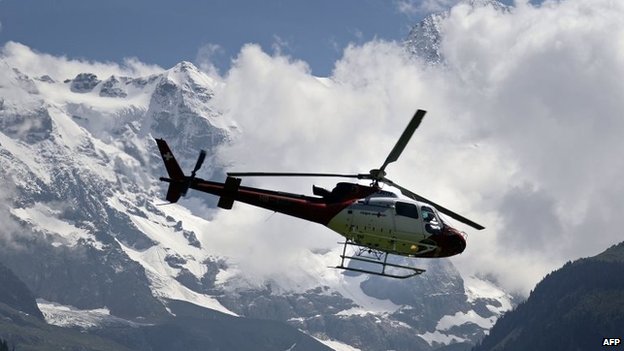 A man arrested on suspicion of leaking Michael Schumacher’s medical files has been found hanged in his cell, Swiss police say

The man, who has not been named, was a manager at Swiss air rescue firm Rega

The ex-F1 champion suffered a head injury in a skiing accident in France last December and was flown by Rega to a Swiss hospital in June.

Prosecutors had been investigating a possible breach of privacy at Rega.

The suspect was arrested on Tuesday but denied any wrongdoing. He was found in his Zurich jail cell on Wednesday

Schumacher, 45, was transferred on 16 June from a hospital in the French city of Grenoble to Lausanne in Switzerland.

His medical documents were shared with the medical and rescue teams involved in planning his move, including Rega.

Schumacher’s manager, Sabine Kehm, said last month that the F1 ex-champion’s medical files had been “clearly stolen” and were being offered for sale.

In June, Schumacher’s family announced that he was no longer in the medically-induced coma aimed at reducing swelling in his brain.