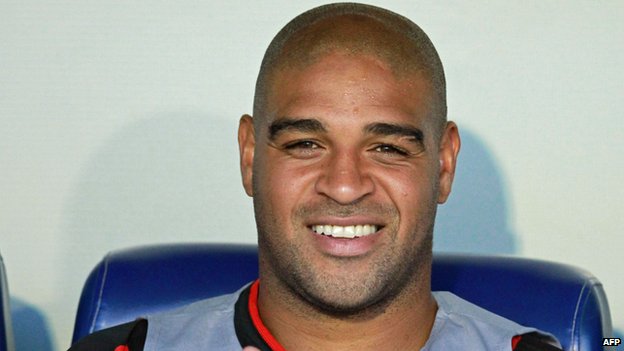 A judge in Rio de Janeiro has rejected charges of drug trafficking against Brazilian footballer Adriano.

Prosecutors said on Tuesday he had allegedly bought a motorbike and given it as a gift to a known drug dealer in the Rio shanty town where he grew up.

But the judge, Maria Tereza Donatti, said the case was dismissed because there was not enough evidence to uphold the accusations.

Adriano, 32, could have faced a lengthy prison sentence if convicted.

He had denied the allegations, which first emerged in 2010.

Brazilian police said he had bought the motorbike in 2007 and registered it in the name of the mother of drug dealer Paulo Rogerio de Souza Paz, known as Mica.

The bike was used for drug trafficking in one of Rio’s shanty towns, or favelas, then controlled by Comando Vermelho (Red Command), a powerful criminal gang.

But the judge said “there was not enough evidence as to the authorship of this crime”.

The Brazilian striker had a successful career in Italy, winning titles with Inter Milan. But off-field problems and injuries cut his career short.

He has reportedly been negotiating a comeback with second division French club Le Havre. 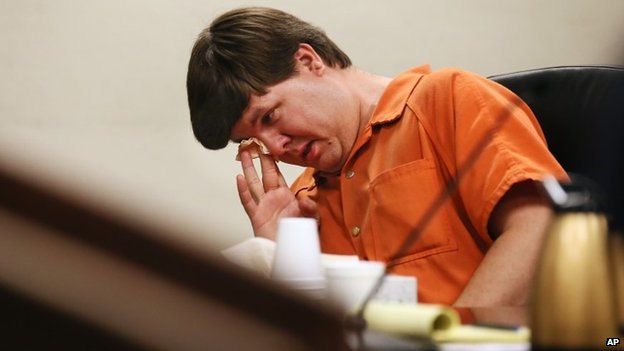 Justin Ross Harris wipes his eyes during a hearing in July

A Georgia man whose son died after he left him in a hot car for seven hours has been charged with murder.

Among the charges against Justin Ross Harris was malice murder, which means prosecutors allege he intentionally left his 22 month old son to die

He told police he was supposed to drop his son at a nursery but drove to work instead and forgot the toddler was in the back seat.

During an earlier hearing, Cobb County Police Detective Phil Stoddard testified Mr Harris was sitting in his office exchanging nude photos with several women, including a teenage minor, on the day his son died

Defence lawyer Maddox Kilgore said that was irrelevant to the case and a defence witness said Mr Harris appeared to be distraught when he realised his son had died, and was trying to resuscitate him.

Mr Harris has been in jail since his arrest on 18 June, the same day of his son’s death