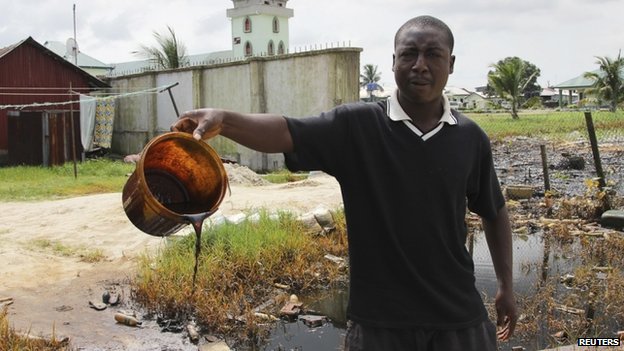 Fishermen and farmers livelihoods were destroyed by pollution

However the company maintains that the extent of environmental pollution in the area is caused by the scourge of oil theft and illegal refining”.

It also suggested that earlier settlement efforts had been hampered by divisions within the community”.

Lawyer Martyn Day who represents the claimants said it was deeply disappointing that Shell took six years to take this case seriously and to recognise the true extent of the damage these spills caused to the environment and to those who rely on it for their livelihood”.