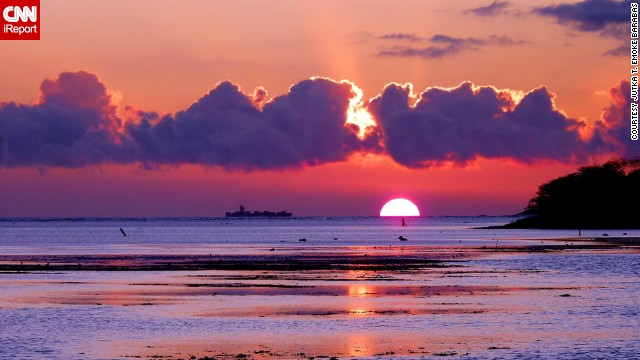 It’s been 55 years since Hawaii officially became a U.S. state. For the occasion, we’re featuring some of the best photos that CNN iReporters have taken of the Aloha State. Here, <a href=’http://ireport.cnn.com/docs/DOC-832386′>Jutka T. Emoke Barabas</a> captured a warm sunset over the calm waters off Honolulu in August 2012.

Do you have a gorgeous travel snapshot? Share it with CNN iReport.

(CNN) — Formed by volcanoes and steeped in a rich history of Polynesian culture, Hawaii sounds more like a place in a fantasy novel rather than an American travel oasis.

Made up of a chain of volcanic mountains that form eight major islands, Hawaii stretches about 1,500 miles. The state’s vast expanse provides a diverse terrain for visitors to explore — tropical rain forests, cool alpine regions, arid deserts and sunny beaches — all within miles of one another.

The region’s beauty, history and landscape have enthralled novice and seasoned travelers alike. American travel writer Paul Theroux once said, “Hawaii is not a state of mind, but a state of grace.”

The Aloha State on Thursday marks a milestone as it celebrates 55 years sincebecoming a U.S. state. To honor the occasion, we’re sharing a breathtaking collection of photos that CNN iReport contributors have captured on the islands.