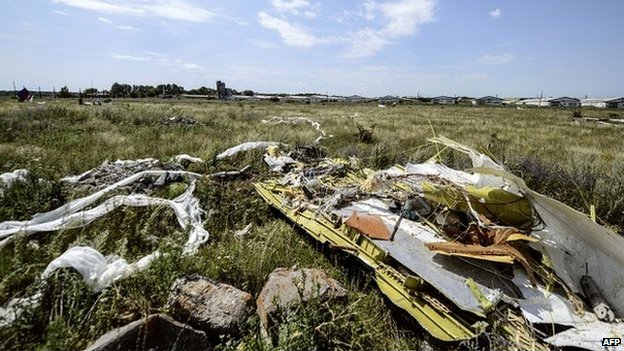 The Malaysian and Dutch leaders will meet in the Hague later to discuss how to secure access to MH17’s crash site.

Trade between the Netherlands and Russia is dropping as Anna Holligan reports.

Vladimir Chizhov, Russia’s ambassador to EU: The Russian economy has been through challenges like this and it will survive

On Wednesday, Russia hit out at new sanctions from the US and EU, calling them destructive and short sighted.

The EU is due to release details of its expanded sanctions on Thursday, targeting Russia oil, defence and technology sectors.

It has also added eight individuals, including several members of Mr Putin’s inner circle, to a list of people hit with EU-wide asset freezes and travel bans.

That list now includes a total of 95 people and 23 entities and features the heads of Russia’s intelligence agencies, the president of Chechnya, and two Crimean energy firms.