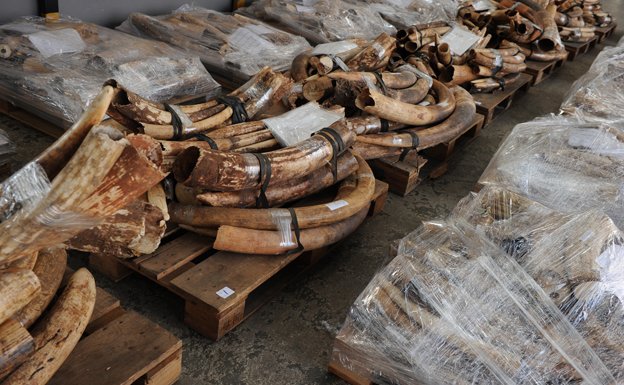 Officials travelling to Tanzania with Chinese President Xi Jinping went on a buying spree for illegal ivory, an environmental activist group has said.

In a report, the Environmental Investigation Agency cited two ivory merchants who said the arrival of the delegation in 2013 fuelled demand.

The amount of ivory purchased by them sent local prices soaring, it added.

Conservationists say demand for ivory, where China is seen as the biggest market, is fuelling poaching in Africa.

The Chinese use ivory in traditional crafts and carvings are prized as status symbols, correspondents say.

In recent years poaching has increased across sub-Saharan Africa with criminal gangs slaughtering elephants for ivory.

China’s government has not yet made any public comment on the allegations in the report.

He said that when the Chinese government and business delegation arrived ivory prices in the local market doubled to $700 (£438) per kilo during the visit.

“The [delegation]… used the opportunity to procure such a large amount of ivory that local prices increased,” the report says.

The two traders claimed that a fortnight before the state visit, Chinese buyers began purchasing thousands of kilos of ivory, later sent to China in diplomatic bags on the presidential plane the report added

The ivory trade was banned in 1989 by the Convention on International Trade in Endangered Species of Wild Fauna and Flora (Cites). Both China and Tanzania are signatories

China does have around 150 legal, government-licensed ivory shops, which sells ivory collected prior to this. They are the only places allowed to sell ivory to individual buyers

Earlier this year China for the first time destroyed a large quantity of confiscated ivory, in a public event described by conservation groups as a landmark move

Just over six tonnes of carvings, ornaments and tusks amassed over the years were fed into crushing machines.

Nevertheless officials warn that demand for ivory across Asia has led to thousand of elephants being killed in Africa.