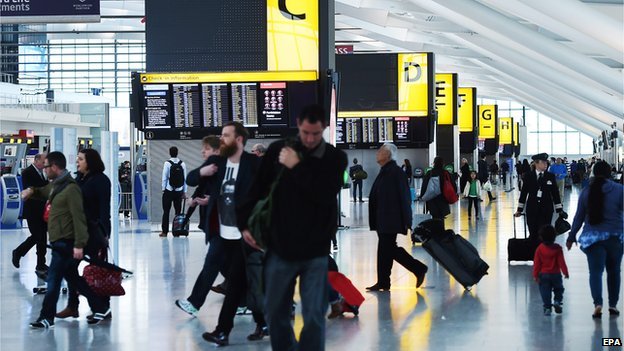 The Foreign Office (FCO) has updated its travel advice for all destinations.

Parliament backed British participation in air strikes against IS extremists in Iraq in September, at the invitation of the Iraqi government

RAF aircraft are conducting flights almost daily, it is believed.

IS has seized large parts of both Iraq and Syria, up to the Turkish border

The new advice comes after the UK national terror threat level was raised from substantial to severe in August, meaning an attack was highly likely

The updated information, being added to all travel advice pages on the FCO website states There is considered to be a heightened threat of terrorist attack globally against UK interests and British nationals from groups or individuals motivated by the conflict in Iraq and Syria.

You should be vigilant at this time