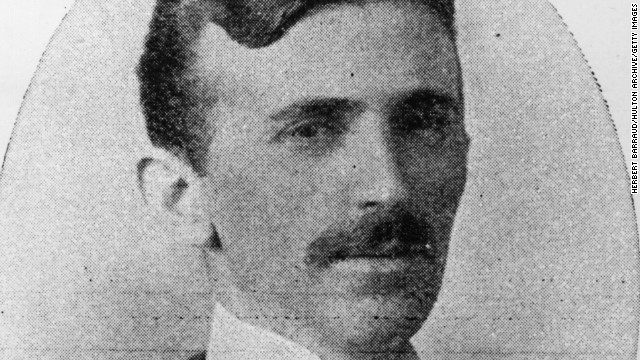 Nikola Tesla (1856-1943) was a Serbian-American engineer and unsung inventor who helped pioneer the use of electricity, among other achievements. A campaign is underway, aided by entrepreneur Elon Musk, to turn Tesla’s last remaining laboratory into a museum.

(CNN) — Inventor Nikola Tesla may have died alone and broke, but he has powerful friends who want to preserve his legacy.

Cartoonist Matthew Inman, the brain behind “The Oatmeal,” is one. Using his popular web comic, Inman launched an effort to turn Tesla’s former laboratory in Shoreham, New York, into a museum.

Tesla, who lived from 1856 to 1943, developed the basis for AC power, among other ideas and innovations that have shaped our lives. He obtained more than 100 patents, according to the Tesla Memorial Society of New York. Inman partnered with the Tesla Science Center at Wardenclyffe, a nonprofit group, to generate widespread interest in a museum.

Through the crowdfunding website Indiegogo, the nonprofit and Inman stirred up more than $1.3 million in 2012, when the facility and land were put up for sale.

That was enough money to save the property, but not quite what was needed to renovate it for an actual museum.

From grains of ‘Oatmeal,’ big things for cartoonist

So this week Inman turned to a man who has become a household name in his own right: Elon Musk, CEO of SpaceX and Tesla Motors, which is named for the inventor.

Inman published an Oatmeal comic called “What it’s like to own a Tesla Model S,” bursting with enthusiasm about owning the electric car, and then appealed to Musk in a second installment.

“Elon Musk, if you’re reading this: You owe us nothing, and you’ve done nothing but good things in the name of Nikola Tesla,” Inman wrote in his endearing handwriting-esque typeface. “But the fact remains: Tesla Motors, a company now worth billions, is using Nikola Tesla’s name and they’re using his technology, and all we want in return is a little bit of help.”

“But the idea of a car company using someone else’s family name without any formal connection to them is a slightly arresting notion,” Inman wrote. “It would be like naming a company ‘Steve Jobs Hoverbikes’ 50 years from now, regardless of any ties to Apple or Jobs himself.”

During the initial fundraiser for the museum, Musk donated $2,500, Inman wrote. But what the Tesla Museum would need to open, he said, is another jolt of $8 million.

Inman tweeted Tuesday “@elonmusk I wrote a review of my Model S, and then asked you for a little favor here [link].”

To the delight of many Twitter users, Musk tweeted back: “@Oatmeal I would be happy to help.”

Of course, we don’t know if “help” means the full $8 million or much less.

Musk’s Tesla Motors declined to say how much Musk would donate.

But for fans of Tesla’s work and legacy, the possibility is electrifying.