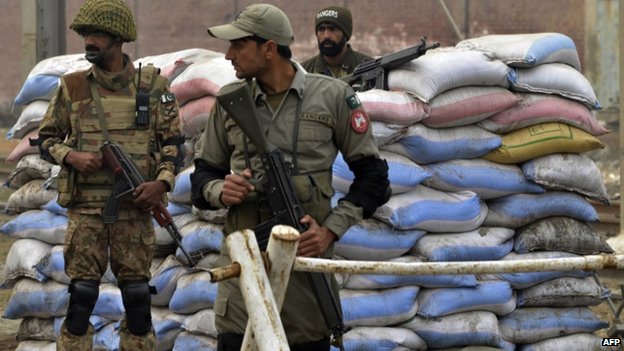 But the general said the massacre had given the army extra resolve to fight the militants We didnt expect them to attack children,” he said

Gen Sharif told Britains Secretary of State for Defence Michael Fallon that militants near the Afghan border remained in just a few pockets”.

Gen Sharif asked that the British take action against Baloch separatists living in London including Hyrbyair Marri who Pakistani officials say is the leader of the Balochistan Liberation Army (BLA). The general requested that the BLA be listed as a terrorist organisation and that legal measures be taken against any of its leaders based in London